Type of practice: Partnership with 1 other doula 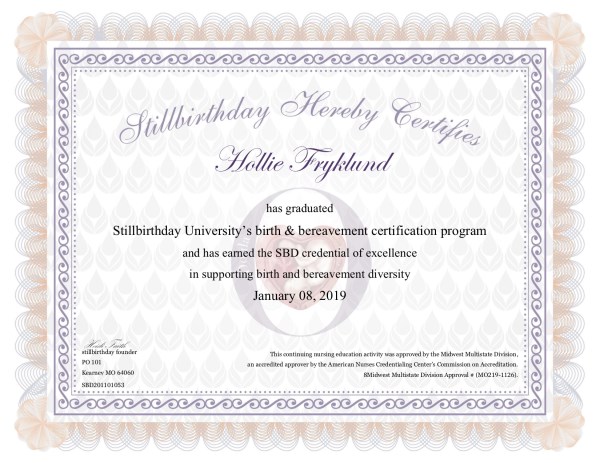 Hollie and her partner Jess Wear merely call themselves doulas, but they qualify as super heroes in my book. On the day of my scheduled induction they arrived early even though they had to travel a long way through a hailstorm. I am telling you these two are definitely a dynamic duo of super doulas! They brought such a positive energy to the hospital and were ready for everything during labor and delivery. When my labor pains became really difficult, the doulas helped me in every way. I chose not to have an epidural, because I do not like needles and like the freedom to move around. They guided me into different positions, including using a birthing ball, to stay as comfortable as possible. Prior to the birth I let them know that I have a strong Christian faith, so they surprised me by printing verses and readings to encourage me. My husband read them out loud and it was a huge help to get through the pain of labor. My husband was so impressed with the way that they supported me, encouraged him to be an instrumental part of the birth, and worked seamlessly as team. Hollie’s gift with words of encouragement spoke so clearly to me, and Jess had the confidence and skills to handle every challenge. I achieved my goal of having a birth without pain meds and after meeting my beautiful daughter I felt that the doulas had earned far more than their required rate. I let them know that it was fine for us to say goodbye, but they had not quite accomplished their mission. They made sure that I was clean, showered, and resting comfortably in bed with my little darling before they departed. Now as my daughter grows and smiles a ton, I can smile too as I look back on the positive experience I had welcoming her into this world, and I know that would not have been possible without the invaluable support I received from these undercover superheroes. They should really wear capes!

I am so grateful to have found Hollie and Jess, and to have them support us in my recent 3rd delivery. They brought so much knowledge, personal experience, and were so communicative & attentive; making my delivery a great experience. I had a bit of fear going into this pregnancy since I had a 4th degree tear with my last delivery, and this would be my 2nd VBAC. They were very assuring and supportive of what my needs were for this delivery. I felt comfortable with them from our first meeting, and was impressed with how much they kept in touch with me, and got to know exactly what we needed/wanted. They were so positive & uplifting when I was feeling impatient about going past my estimated due date. Throughout delivery they were very observant and were always one step ahead reading my needs, and helping my husband as well. I would definitely recommend hiring these doulas if you have any need for extra support and help through pregnancy/delivery/post partum. They are awesome!